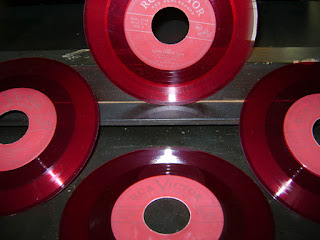 I've always had obsessive tendencies when it comes to audio mediums. When very young I collected anything and everything available I could get my little paws on. At around age 10, on one self-realizing day, I tired of the poor quality of both the music I'd amassed and it's physical condition. I marched all items (about 150 albums and 200 singles) a few houses away and threw them down into the storm drain; to the bewilderment of a few neighbors, and the consternation and (understandable) silent anger of my father who'd gone to good lengths to help me collect them. I was making a statement to myself - I wouldn't settle for crap anymore.

About 20 years later I had to abandon my 2nd collection (about 300 albums) when I moved from Selden to Brooklyn. CDs were the new medium of choice, and most of my vinyl (stored in the basement) had fallen victim to moisture and mold damage (along with a Rhodes Mark I). I took a handful of token representatives (including Lene Lovich's "New Toy" and Missing Persons "Give" 12 inch single), and a few I couldn't do without including 3 albums given to me as a birthday gift from a music teacher - music that opened up new worlds to me. Also rescued were a few that couldn't be replaced, like Walter Murphy's "Rhapsody in Blue" - an incredible melding of expert playing, fine arrangements/composing and rampant (charming?) 1970's cheesiness; and "Song of Joy" by Captain and Tennille - an album from which I learned so much about arranging, pop sensibilities and keyboard playing. 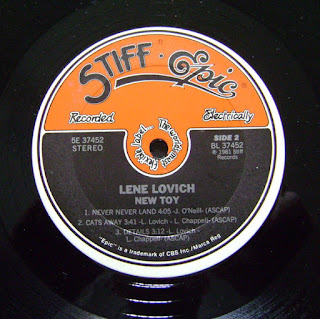 You couldn't have told me back then that in 10 more years, cds themselves would be endangered. Record stores like Tower, Virgin and Borders were like fortresses you could always run to any late night you were feeling musically anemic. No more. An obsessive music collector takes no real pleasure in albums and singles which can't be held in the hand or viewed away from a digital screen (although some might be amused or amazed at the structure and sub-structures of the mp3 collection in my desktop). I watch stunned as the price of items I once had all the time in the world to pick up skyrocket to unattainable and unwarranted heights. There's also this feeling of angst in knowing there might soon be a time when physical production will cease entirely. Book lovers I know express similar apprehensions.

There are, for now, up sides. Music that was simply a legend on someone's lips is now available for, pardon the pun, a song. "Out-of-print" could feasibly become an antiquated word, as (what's left of) record companies can rake in the smallest of profits from an obscure low-seller simply by hosting a 100 mb file on Amazon's ginormous servers. Musicians like myself can release online-only material and still get radio play and new online friends and fans. 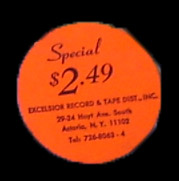 But, based on personal sentiments, I don't believe collectors will ever be satisfied with anything less than a huge pile of plastic, or cardboard with plastic in it, taking up more room then we have, reminding us of all the hours of pleasure we've taken in - with them or because of them; gazing at the artwork, pouring over the liner notes printed in the tiniest of fonts. I like to consider myself someone with 'forever eyes' - trying to think more of the next world than this, but when it comes to music I'm a ridiculous hoarder - and there always seems to be that "right" album for the "right" moment or mood. My solution and my suggestion to all of this? Keep art alive - buy a new cd, or for some of you - a book. - KM
Posted by KM at 1:33 PM