the attraction of oddball cd packaging 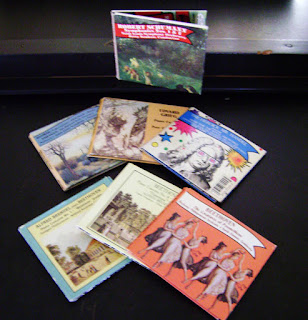 As I write this - I'm listening to one of the most annoying cd's ever made. It's an album of bombastic music by Handel, performed by Anthony Newman and the New York Trumpet Ensemble. That is to say, there are 5 trumpets, 2 drummers/timpanists and a pipe organ playing, very loudly. It's called "The Heroick Mr. Handel" and if it sounds like a sonic nightmare to you, it is; although I'm sure there are those that think it's the cat's pajamas, and a handful who include it on their desert island list. That's the nature of music.

There is only one reason I even own this disc: it is an MMG/Vox Prima CD-Wallet. It's all about the packaging. At the relative beginning of the life of cds, the budget classical label began issuing these predecessors to the digipack; handsomely designed cardboard cases that opened up twice into a large parallelogram, not quite the size of a 10" album jacket, where there hid 4 squares of text and pictures; with 2 pockets, one of which held the cd. The cd itself was wrapped in a soft felt envelope. 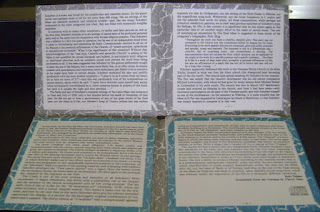 There was immediately something fantastically alluring and special about these cd-wallets to me. I was working at Record World at the time, and knew every inch of the classical section. Back then I was all about sacred choral music. When I saw blue-ish cardboard in the Schubert section with the words "Mass No. 6 in Eb" my eyes came out of their sockets in the shape of hearts like they do in cartoons. It no longer mattered that that awful Love and Rockets cd was blasting again. (That was then - I'd probably be prone to liking them now). The Mass turned out to be really good, and a love affair was born. I didn't buy any more - that one was special enough.

Over the last few years, however, when it's become clear that cds on smaller labels and in unusual pressings or packaging are about to become things of the past, my fascination with them has escalated. I scored big last year with a 'lot' of cd-wallets on ebay - I payed something like $10 for five of them. The artwork is often exquisite - although the artist is not credited on the jacket. The music is what I've come to expect from Vox, older, modestly good-sounding recordings that tend to be mastered hot, with performances that have a lot of heart. The Handel disc is an exception - it's awfulness was recorded in 1985 specifically for cd-wallet release, and the artwork is ghastly. But it's still in that cool packaging, so I love it.

So I don't really care for or about Beethoven's Creatures of Prometheus. So I didn't need a third version of the Peer Gynt suites. I'm a weirdo and I love having them. Sometimes the little stupid things really do make you a little bit happier.

When I'm not hunting more of these down, I'll be trying to find some of those cds from Joel Dorn's 32 Jazz label. You know, the ones in the funky black plastic and paper jewel cases? - KM 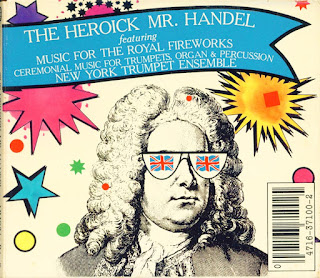